After some significant time at work, I was able to get after the Matchless project some more.  I was not the best at doing before/during/after photos.  But there are some to see how all of it was accomplished. 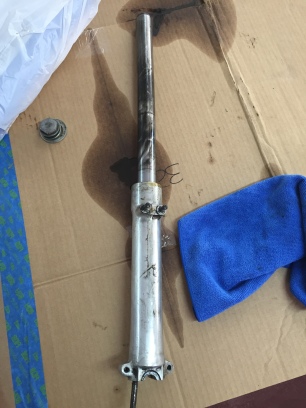 By the time I remembered to take photos, I had already had one fork leg apart.  For the most part the right fork leg was in good shape, there was the obvious corrosion on the fork tube at the triple tree, but nothing that would affect the operation of suspension and seals after it was rebuilt.  Both forks were filled with mud and not oil.  As you can see from the above picture, the left fork tube definitely took a hit at one point.  The bottom stud was majorly bent and the upper fork tube was bent enough that it was a bear to drive out of the triple tree. 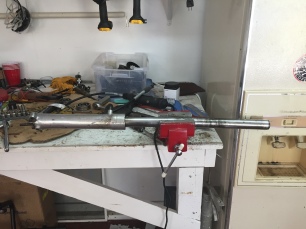 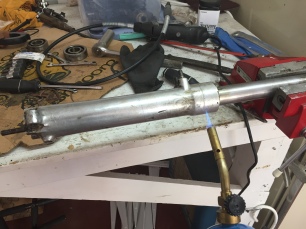 Luckily, AMC Spares still provides everything I need for the rebuild including the fork tubes.  This meant I didn’t have to be shy about crushing it in the vice.  A little heat where the seal sits and a couple jerks and the lower end came right off. 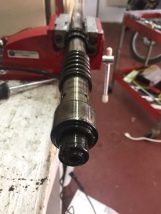 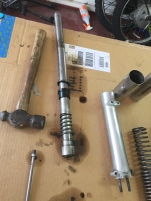 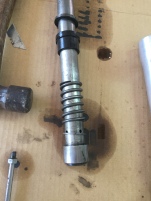 As you can see there isn’t much to the forks: Seal, bushing, buffer spring, collar, c-clip, steel bushing, c-clip.  Once everything came apart, it all got a real good bath.  Once the new parts arrive everything is ready to get reassembled.  With the exception of one fork slider.  It clearly took some damage as well, most likely from someone over torquing the fender stay bolts.  It should not be too difficult to get a place to fix it properly, its just the matter of finding that place. 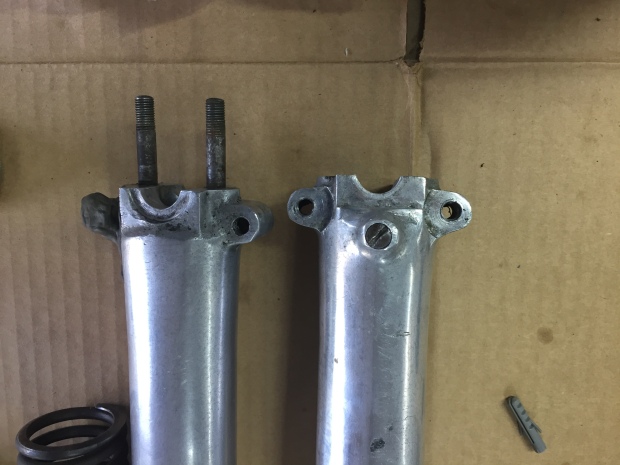 Here is the parts list for the Front Suspension Rebuild